Christmas has passed and I am once again putting things away until next year. That activity means I get to stir up memories of each of the treasures collected over the years. That includes a growing collection of nativity scenes. 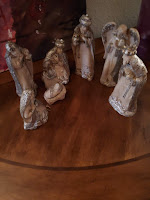 Our first acquisition was a small, rather traditional portrayal, complete with an angel who stood on a staired shelf in the stable. We book-end it with another traditional set that shows all the figures in silvery porcelain.

Since then, we’ve gathered a few others. I’ve been fascinated by the many ways different artists portrait the story. A few years ago, our church sponsored a Creche Festival. (That’s when I learned that a nativity scene is a creche.) People brought their prizes in over a four-day period. The creches were artfully displayed on white tablecloths amid poinsettias and lights. I was astonished by the range of styles and interpretations.

One of the interesting aspects is the way different cultures have appropriated the story to make it their own. In Cochabamba, Bolivia, I found a set portraying the holy family and their visitors as Aymara natives. In Tuba City, Arizona, just inside the edge of Hopi, we found a set that cast each of the well-known characters as members of  Four Corners nations. The rug trader, naturally, is Navajo. Other figures are Hopi or Santa Clara Pueblo and the scene is set inside a typical Hopi pueblo. 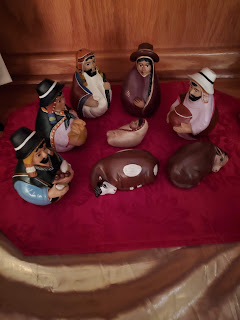 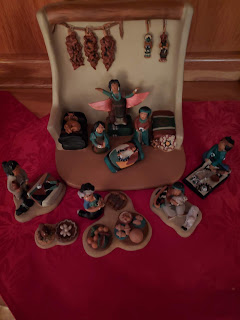 Other portrayals are traditional, but in such varied media and design that their differences are more notable than their similarities.

There’s the one that includes a light for the star. Another is made in crystal. One of our favorites was a gift from a friend who paints miniatures. My finger is included there for scale. In a craft class, a daughter-in-law created a minimalist portrayal of the Holy Family. We enjoy that, too. We displayed them all this season. 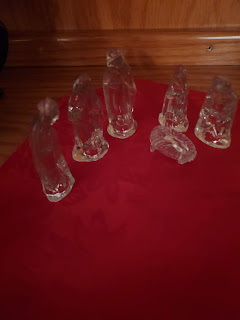 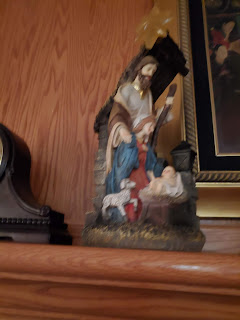 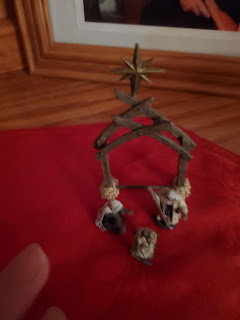 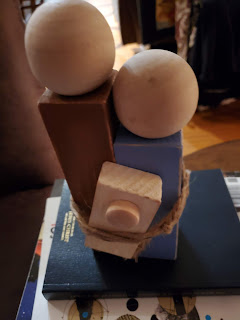 We may find others we like in years to come. We may be honored with gifts from other friends and family. Although it seems we’re running out of room, we will always find ways to portray them. They are part of what makes Christmas.

Look for the first three books in the “Seasons of Destiny” series, available for pre-order now. All three are due to be released on January 6. The fourth book will follow later in January. In order, the four are: Paris in the Springtime, Sunny’s Summer, Amber in Autumn, and Winter Skye. Hope you enjoy!